Food Insecurity – A Facet of Poverty 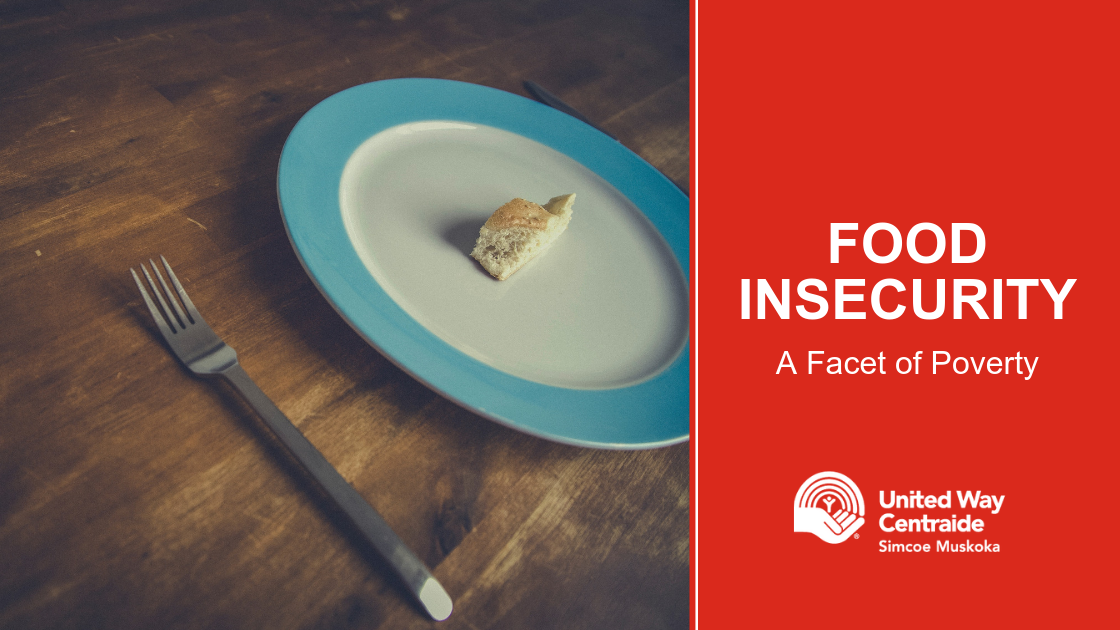 06 May Food Insecurity – A Facet of Poverty

We often think of poverty in terms of money: you either have enough money or you don’t. The situation isn’t that simple, though. There are many facets of poverty that feed off one another, digging the hole deeper and deeper until someone feels trapped with seemingly no escape.

The facts about food insecurity 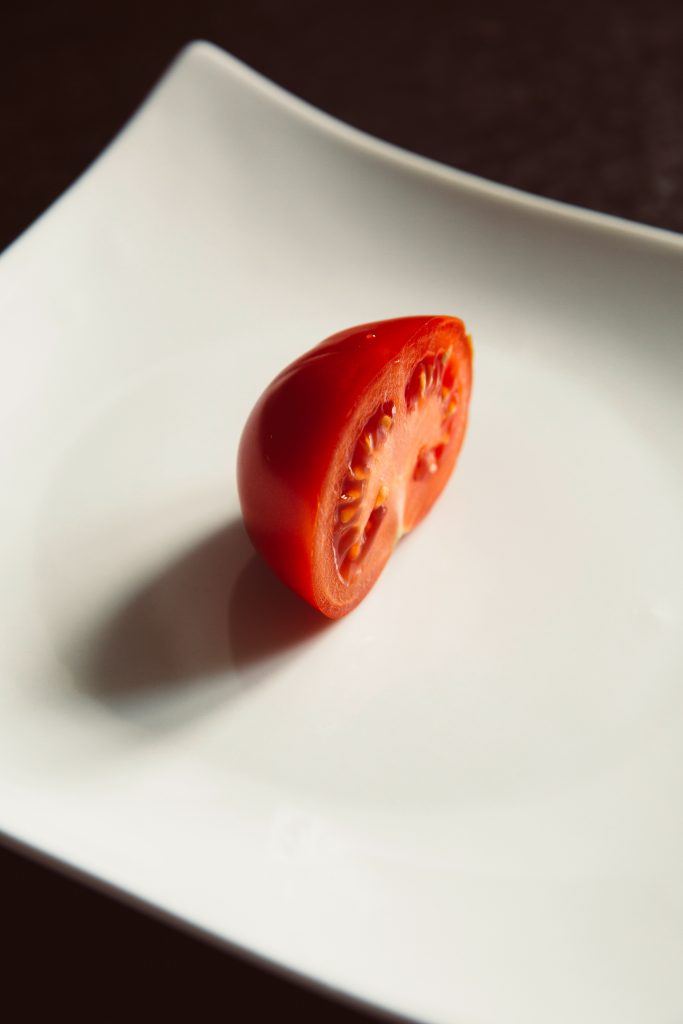 Similar to the provincial average, about 12% of households in Simcoe Muskoka are experiencing food insecurity. This number gets bigger when looking at children; about 1 in 6 children live in a household affected by food insecurity.

Some people are more vulnerable to food insecurity than others. Almost half of all food insecure households consist of just an individual living on their own. Worse, 1 in 3 households led by lone female parents are food insecure.

Renters are more vulnerable, too. 25% of people who rent are living in food insecurity.

Though you might have an idea of what poverty looks like, food insecurity affects people of all situations. More than 60% of food insecure households are neither unemployed, on disability or reliant on social assistance. Rather, they are people who are employed or self-employed.

The Simcoe Muskoka District Health Unit recently released a study that looked at the numbers of food insecurity. They found that some people face insecurity because their basic monthly living costs exceed their income.

Take, for example, a single male who lives in a one-bedroom apartment and has income through Ontario Works. To rent a bachelor apartment and buy the bare minimum of healthy food through the Nutritious Food Basket program, this individual would have to spend 121% of their income in Muskoka and 129% of their income if they were living in Simcoe County.

This doesn’t take into account bills, debt, credit cards, family, social experiences, transportation, clothing, school or everyday living expenses. With just food and rent, some people need to come up with another 21% of their monthly income.

Ultimately, this leads to money being stretched. Instead of healthy food like that in the Nutritious Food Basket program, this person would have to save by buying cheaper, lower-quality food. Food that’s less nutritious and damaging over time.

Being food insecure not only increases the likelihood of you experiencing negative impacts on your physical, mental and social health, it also increases the expenses associated with those.

The average health care costs of someone experiencing severe food insecurity are more than double those of people who are food secure. For individuals who already can’t afford to pay for rent and healthy food, added costs like this only entrench them deeper into poverty. 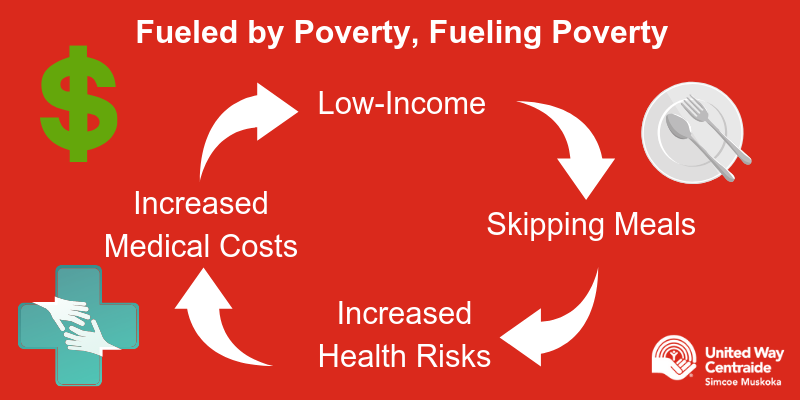 What’s being done about food insecurity? 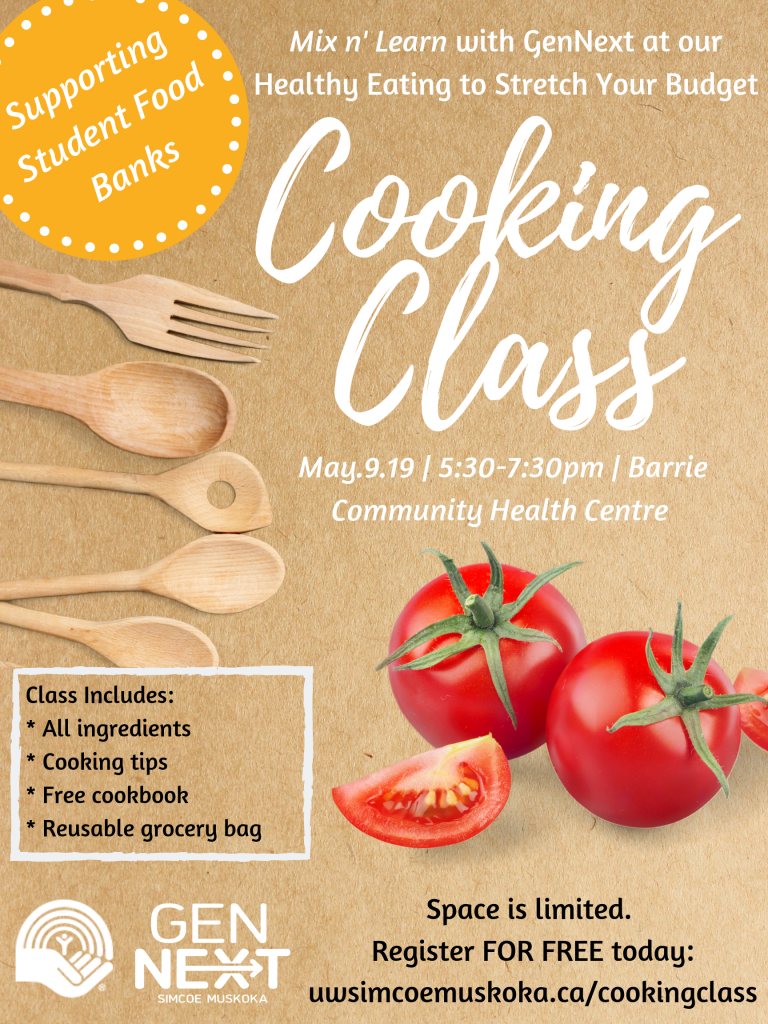 United Way Simcoe Muskoka knows that no one should face poverty alone. Unfortunately, food insecurity is just one facet of poverty. There is no one solution that will help people who don’t know where their food will come from.

Food banks are great for helping bridge the gap, but food insecurity is too big for them to handle alone. While they can provide a meal to those who need it immediately, only a fraction of people experiencing food insecurity will use a food bank and there is no evidence that food charities can singlehandedly lift households out of food insecurity, because they were never meant to.

Ultimately, addressing food insecurity requires public health policy changes. Just recently, the County of Simcoe announced that they are looking to do just that. They have adopted a new framework in how they will be addressing food security for people in Simcoe County, which can hopefully then be replicated in Muskoka and other regions across the country. You can read the entire new Framework here.

We’re trying to do our part, too. GenNext Simcoe Muskoka hosted a cooking class to spread awareness of food insecurity and healthy eating on a budget. The class, held in May of 2019, was a great success and more than 25 people in their 20s and 30s left the evening more aware of this important local issue.