No One Should Face Poverty Alone 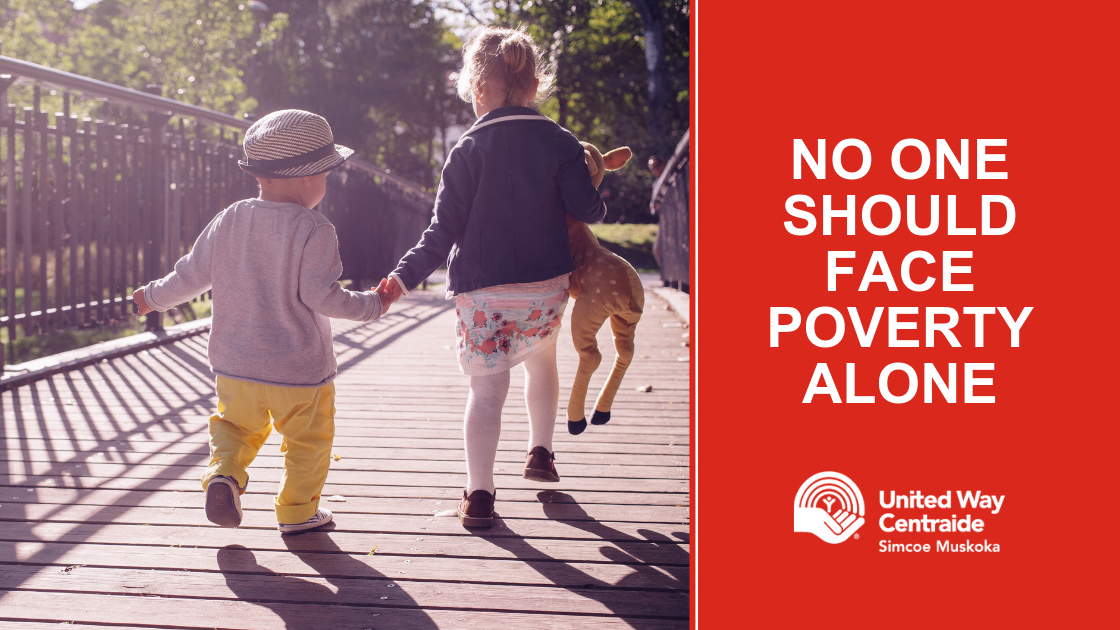 25 Apr No One Should Face Poverty Alone

But what is poverty?

One of the things that makes poverty so difficult to tackle is the different factors that contribute to it. There is no one single definition of poverty that encompasses the many faces that it has.

The World Bank measures global poverty as the number of people who live on less than $1.90 USD per day. That makes sense for many parts of the world, but the poverty that we see in our region can’t be measured in the same way. The Simcoe County Poverty Reduction Task Group says,

“Poverty is a complex issue that may be understood as inadequate education, health, financial, physical and social resources needed to sustain positive well being. It may also be experienced as an absence of equity, choice and power, which negatively impacts one’s sense of belonging, citizenship and participation. As one aspect of poverty, income is recognized as the most important social determinant of health.”

Poverty is so much more than just money. It’s more than a number and looks different depending on your situation.

Poverty is food insecurity. It looks like a single parent in Barrie who doesn’t know where the next meal for their family is coming from. 1 in 8 residents of Simcoe Muskoka face food insecurity.

Poverty is precarious employment. It looks like a young professional in Orillia who can only find part-time work or what the future will hold once their contract is over. Precarious employment has increased almost 50% in the last two decades.

Poverty is not being able to finish your education. It looks like a high school student from Huntsville that can’t afford to go to college or university. Only 30% of youth from families in the lowest quarter of household incomes can attend a post-secondary education, compared to over 50% of youth in the highest quarter.

Poverty is going into debt just to afford the necessities. It looks like a single-income individual in Collingwood who must choose between being late for rent or keeping the lights on. A 35-year old man, living on his own with a paycheque from Ontario Works has to spend 128% of his monthly income on food and rent alone.

There is no universal threshold for determining if someone is living in poverty or not. Living in poverty starts when someone fears for their future, but it continues until that person is dependent on social security, exploited by others, and has their health put at risk.

The World Health Organization says that poverty is the single greatest health risk in the world. Those who live in poverty are “exposed to greater personal and environmental risks, are less well-nourished, have less information and less able to access healthcare.” But poverty isn’t somebody else’s problem.

We all pay the price of poverty. Just the healthcare costs attributed to living in poverty add up to over $7.6 billion in Canada. That’s doesn’t include the increased cost on our justice system, the psychological cost, or the cost of potential.

UWSM has been working hard to find the root causes of poverty across our communities. We have held six community consultations across Simcoe Muskoka to get frontline feedback on how poverty is affecting us all.

What we discovered is that we can’t face poverty alone.

Poverty is too big of an issue for any single organization or charity to end on its own. It will take the combined efforts of multiple organizations to lift residents of Simcoe Muskoka out of poverty.

That’s why UWSM is shifting its funding to collaborative projects across our six regions. Starting in 2020, UWSM will fund poverty-focused projects that are being run by at least three cross-sector partners with funds flowing through a registered charity. These projects will have real impacts on the lives of real people.

More information about these projects will be coming soon. To stay up to date with United Way Simcoe Muskoka and our collaborative projects, sign up for our newsletter and follow us on Facebook and Twitter.