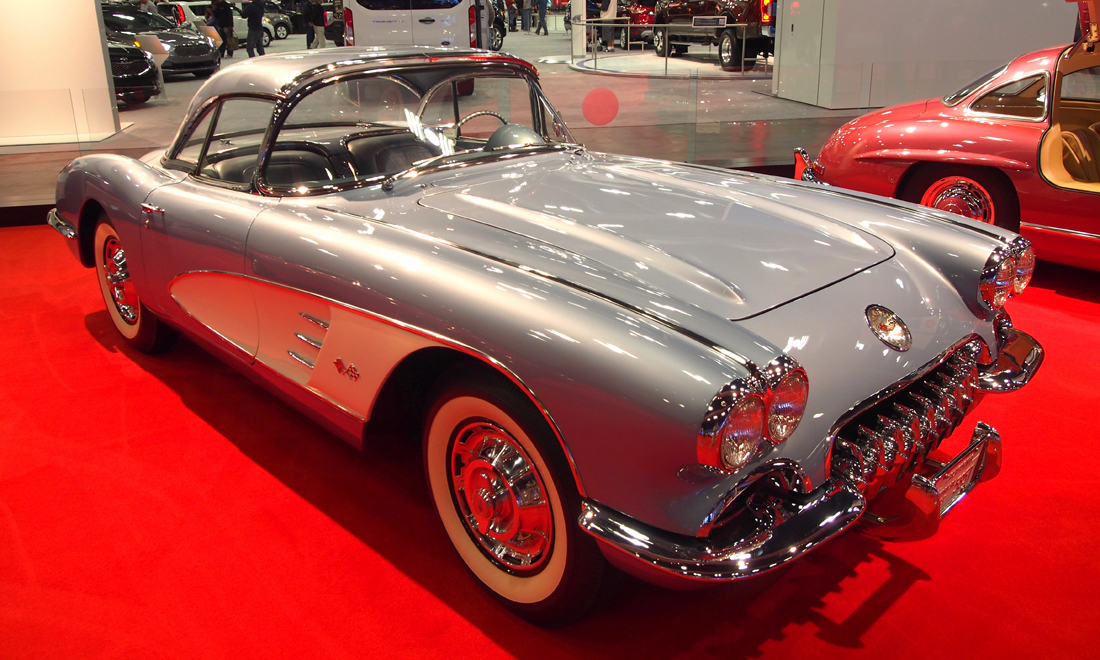 Posted at 04:46h in News by Michele Lawson 0 Comments
Share

It’s the eve of a celebration!

In 1959, this Chevrolet Corvette Convertible was born – and so were we! Next year we turn 60, but today we’re turning back the clock to see how we got here.

Barrie United Appeal, as it was then known, held its very first campaign, having been officially established in the final days of 1959. The inaugural appeal was able to raise a quite remarkable $77,000.36 or 116% of its campaign objective of $66,500, well “over the top” as the Chair Trustee R.M. Jennings shared in his 1960 annual report. To put this in perspective, the funding was raised at a time when minimum wage was $1 per hour and the population of Barrie was less than a fifth what it is now.

At that time, there were nine social service agencies conducting regular campaigns in Barrie, seven of whom decided to join forces with the United Appeal. The seven agencies included CNIB, March of Dimes, Red Cross, Ret****d Children (as it was then known), St. John’s Ambulance, VON, and YM/YWCA – many of which still operate in our area. Campaign highlights of that first drive included corporate gifts of $11,000 – well above the Canadian average per employee; more than 45 industries and organizations implementing payroll deduction plans with approximately 2,000 donors participating and 16 captains and 400 volunteers covering the city in a house-to-house canvass.

In 1978, the organization changed its name to Barrie & District United Way.

On April 18, 1982 the organization became incorporated.

In 1986, the name changed again to United Way/Barrie-South Simcoe.

In 1999, the name of the corporation changed to United Way of Greater Simcoe County.

Muskoka’s most vulnerable residents gained an ally when we officially welcomed the District Municipality of Muskoka into our territory and changed our name to United Way Simcoe Muskoka becoming a true regional organization.

Where are we going from here? With new technology and a new strategic plan, UWSM is focused on eliminating poverty in our region.

Whether you make a donation, volunteer your time or simply keep up to date so you can let our neighbours know about the important work we support in our community, we know from experience, your participation is valuable to us all.