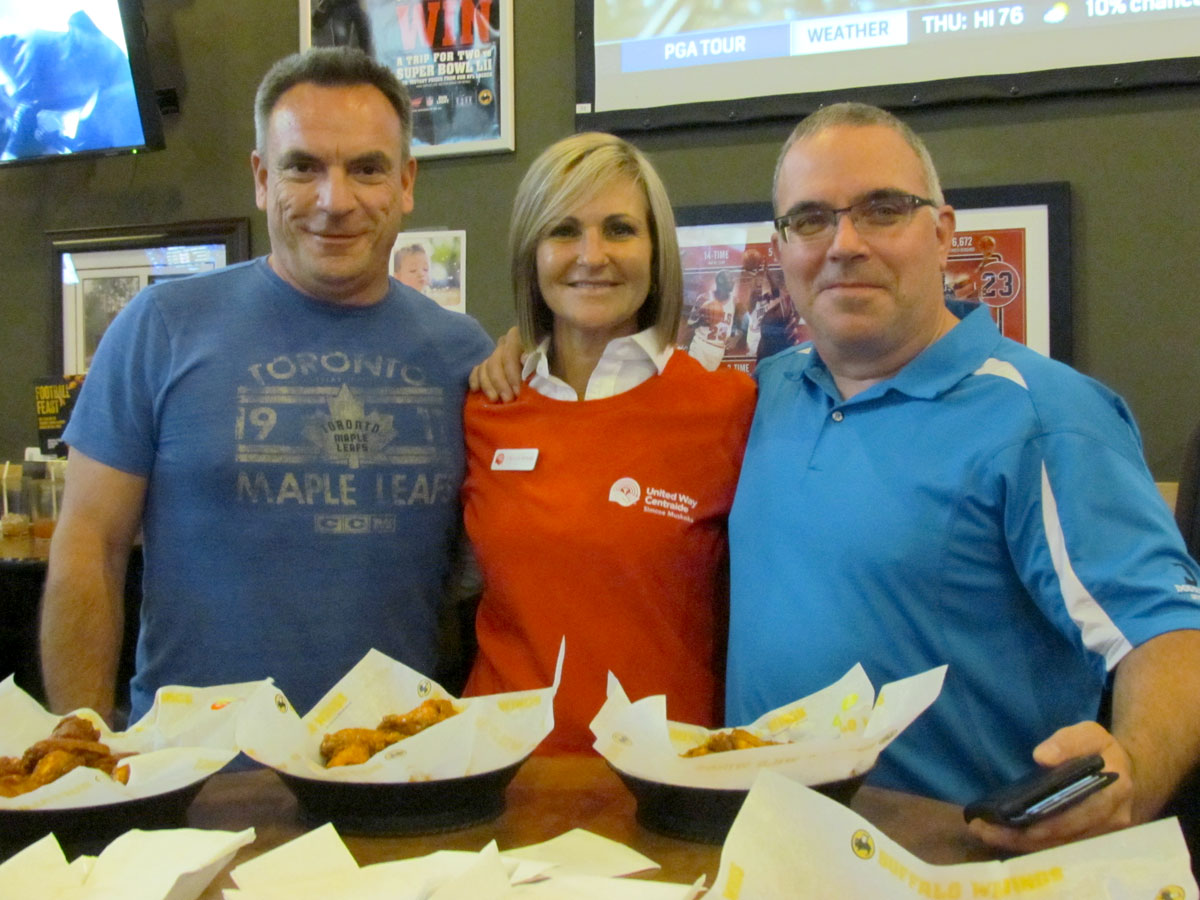 Posted at 10:24h in News by RaesgoL 0 Comments
Share

Buffalo Wild Wings hosted its inaugural (and now annual) fundraiser for United Way Simcoe Muskoka (UWSM) on September 13, 2017, at its Park Place Barrie location. From open to close, 20 per cent of all food and drink sales were donated to community programs via UWSM. Raffles, giveaways and an action-filled wing-eating contest were highlights of the day. Many thanks go out to the restaurant’s staff, management and diners; and also to Joe’s No Frills, Plumbtech, Starbucks, Cabelas, Personal Service Coffee and Doug Leach RBC.